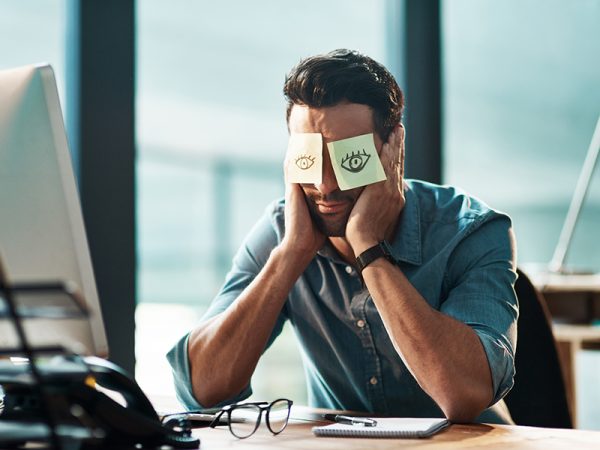 Woke up on the wrong side of the bed this morning? Or went to bed early hoping you could catch up on some zzz’s but instead feel like you lost some? The morning after a bad night’s sleep is rocky to say the least. How we long for the times when we drifted off to dreamland instantly and woke up feeling ready to take the day.

This isn’t an isolated issue; you and more than 20 million Americans suffer from intermittent sleep problems every year. Studies are starting to realize the odds of being sleep deprived has only increased in the past 30 years. With digital technology and blurred lines between work and home, it’s no surprise why. But that still doesn’t take away from the fact that we also need quality sleep. It also doesn’t expand on a number of other plausible sleep thieves.

If you’ve been robbed of sleep lately, it’s not only getting in the way of your day, it’s also risky for your overall health and wellbeing. We’ll get into the most common reasons behind a bad’s night’s sleep below. And then hopefully you can get to the bottom of it before it gets worse.

1. You’re on your electronics right before bed

This is a hard reality to face, but being on our phones or binging Netflix before turning off the lights to fall asleep is actually getting in the way of your body’s internal clock. Any exposure to light, especially blue light from screens, signals to our brains to stay awake.

2. Too much alcohol or food too close to bed

So one glass of wine and a little treat is fine. But when you are drinking too much alcohol or snacking on an entire bag of chips too close to bedtime, then your sleep will be very restless. Not to mention having alcohol too close to bed means you’ll have to get up throughout the night to use the toilet, which could also interrupt your slumber.

Whether you’re stressed, worried, anxious—these feelings can all leave you lying awake thinking about the weight of the day and what you have ahead of you. Stress is one of the most common reasons behind a poor night’s sleep.  As a result, you end up settled in bed with your mind going a mile a minute. Try to meditate or journal your thoughts down before bed to release some of your worries.

4. You have a sleep disorder

There’s also a good chance that there might be a deeper underlying reason behind your sleep woes. One night here and there is normal, but if you’re getting poor sleep on a consistent basis, it could be cause to investigate further with a medical professional. Sleep disorders such as sleep apnea, restless leg syndrome and insomnia are an issue that about 70 million Americans suffer from.

5. You exercising right before bed

This might seem counterintuitive because research does reveal that exercise helps you fall asleep and improves sleep quality. However, doing any intense sweat inducing cardio in the evening before you go to bed can stimulate your whole body, making it difficult to fall asleep. Your body needs enough time to wind down.

Maybe you’ve heard this reason before, but you just haven’t put it into practice yet or you’re drinking caffeine too late in the day. This study suggests that caffeine taken 6 hours before bed disrupts sleep, so try refraining from that extra cup of joe (as tempting as it may be) around 3 pm.

7. Your sleep schedule is uneven

Do you sleep with a partner? Whether it’s a beloved furry friend or significant other, snoring, pulling the covers and sporadic kicks can interrupt the deepest of sleep. We may love them dearly, but it can’t go on like this. A couple of ways to solve this issue is by getting a split bed or wearing earplugs to block any snoring.

Last, but not least is your mattress. If we’re tossing and turning, finding it hard to get in a comfortable position or sinking into our mattress, it only makes sense that a bad night’s sleep would be the result. Consider how long you’ve had your current mattress, because if it’s more than 8 or 10 years, it might be time to replace it for a type that can suit your body. Check out our best mattress recommendations if you’re in the market for a new one.

If you need a simple, quick and effective refresh after a bad night’s sleep, try doing one or more of the below.

Don’t take your precious sleep hours for granted; time spent sleeping is important. That’s why it’s critical to get curious about what has been stealing it, you can continue to live and thrive.

About the Author: The Best Mattress Finder Research Team